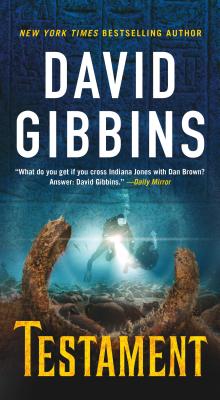 The race to locate the legendary Ark of the Covenant begins NOW.

586 BC
The ancient world is in meltdown. In desperation, the priests of the Temple look to the greatest navigators of their time to save their treasures. Meanwhile, on a far distant shore, a Phoenician named Hanno flees for his life from a terrifying enemy--to a place the prophets called the Chariot of the Gods.

1943
In the darkest days of the Second World War, Allied codebreakers play a game of live or die. A top-secret exchange of deadly materials between the Nazis and the Japanese is set to occur, but neither side knows about the priceless artifact that's hidden on board a ship whose fate they have just sealed.

Present day
Marine archaeologist Jack Howard is on the most important--and perilous--dive of his career: hunting for Nazi gold. His voyage will take him from a Phoenician shipwreck off the coast of England to the ruins of ancient Carthage. Can he unearth the truth about one of the world's most dangerous secrets without getting himself killed...and will he rewrite history as we know it today?